Meditation and sports go hand in hand. Not only does the practice of sports keep the body fit, but it is also an opportunity to practice meditation in a novel and effective kind of way. In fact, all activities, including sports, if approached with the right attitude, can be a vehicle for meditation.

Of all the types of modern sports, perhaps a few of them that involve a continuous and repetitive sequence of movements lend themselves the easiest to the practice of meditation. Running, cycling, swimming and – unquestionably – walking are such activities, although field tennis, surfing and others can serve as appropriate conduits to great meditations as well. Of course, many ancient physical practices, such as hatha yoga, tai chi and a few others, continue to remain among the top workout choices among some practitioners of meditation.

Meditation is about going deep within, expanding far out and reaching high up. Similarly, sports is about accessing inner reservoirs of power and determination, covering vast expanses of space, land and water and striving for the highest. Also, sports and meditation are both about training and effort, speed and endurance, challenges and victories.

Individuals who practise sports, especially at a competitive level, are often more keenly aware about the presence and vastness of inner psychic powers inside themselves than folks who do not. To succeed, athletes must have the concentration power of an arrow that is charged in a bow and is about to fly towards its target. To prevail, athletes must have the simplicity of a child and the heart of a lamb, if they are to accept defeat before rising up and becoming victorious, both for themselves and for their team.

On the strength of their above-average concentration capacity, athletes may have an easier access to deeper realms of their inner being. As taught wisely by meditation teachers and as fervently practiced by meditation aspirants for millennia, sharpened concentration is the precursor to deep meditations. You may learn more about concentration by clicking here.

Sports literature abounds in well-documented examples where the practice of sports opens the door to a deeper awareness of oneself and to a richer perception of the external environment. Often referred to as “being in the flow”, such a state is experienced by an athlete who is engaged in a most strenuous activity, which is highly demanding of the athlete’s mental and physical capacities. The athlete in a state of flow experiences a sudden detachment – but not disengagement – from the athletic activity itself. While in this enhanced state of awareness, the athlete experiences effortlessness and fulfilment, while the physical pain, if any, is replaced by a sense of calm and delight.

So the verdict is now out: as one practices a form of sports, even if done so at an amateur level, while also taking up the practice of meditation, one practice can greatly enhance the other. An athlete can therefore become a better athlete through meditation, and a meditator can become a better meditator through sports. Also, one should choose an athletic activity that gives the most joy without creating unnecessary risks to one’s health and well-being.

For more articles on integrating meditation into the present-day lifestyle and for more information on starting a meditation practice of your own, visit www.GenevaMeditation.ch. 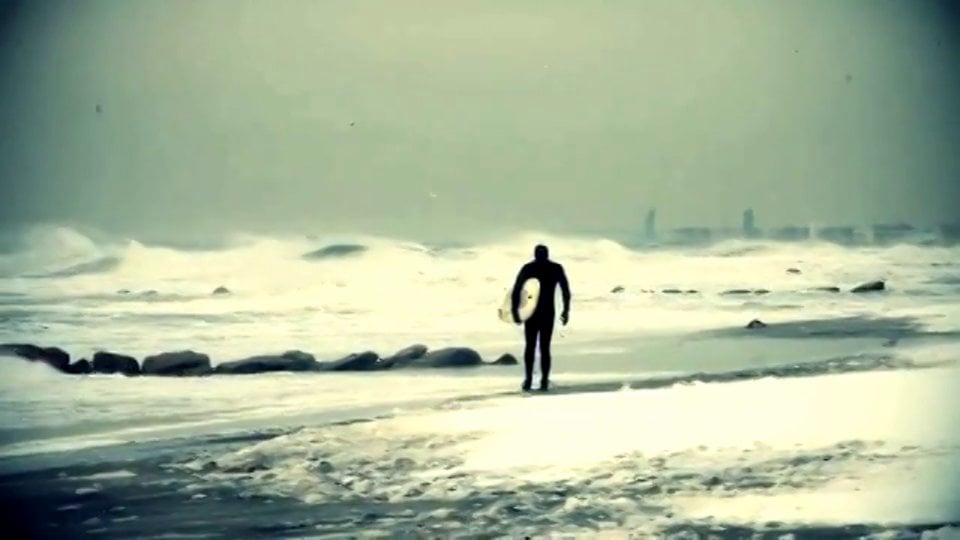 Ocean Monk is a short film that documents the life and aspirations of six spiritual seekers who make their home in New York City. These six seekers, who are students of the Indian teacher Sri Chinmoy, reveal how they discovered the beauty and power of the nearby surfing beaches and incorporated their love for the ocean into their search for enlightenment. Ocean Monk explores the ideals which drive their life as well as the pounding winter surf which sustains them. The film includes appearances by Kelly Slater, Jack Johnson, Titus Kinimaka.

Ocean Monk opened the 2010 New York Surf Film Festival, the largest of its kind. It went on to screen at dozens of festivals worldwide and won numerous awards including “Best Short Documentary, Festivals Online competition” at the Oscar-qualifying 2010 St. Louis International Film Festival as well as an Official Best of Festival award, given only to films that won awards at major festivals.

If you have come across this page, you certainly know, either consciously or unconsciously, what... »
Read More